Fund for Camp Opens Up Vistas for Jewish Youth

Daryl Messinger’s collaboration with Jewish Family and Children’s Services started more than 20 years ago. Shortly after she and Jim Heeger joined Congregation Beth Am in Los Altos in the early 1990s, Daryl quickly heeded the call to service. At that time, Beth Am had partnered with JFCS to help resettle and acculturate emigres from the former Soviet Union and Daryl chaired the congregation’s émigré committee. 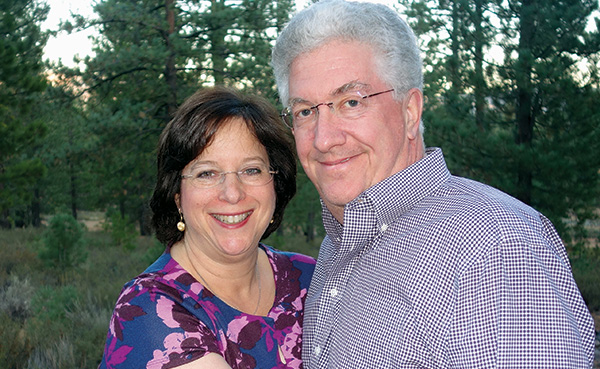 In 1998, Paul Resnick recruited Daryl onto JFCS’ board of directors and by 1999 she was board treasurer, then vice president from 2002 through 2005. Both Daryl and Jim found inspiration to serve their community and to give philanthropically from their family traditions. Jim grew up in Sioux City, Iowa and his parents were involved in nearly all the local Jewish organizations. While Daryl hails from the East Coast and a much larger community, the family values were similar.

“Our number one priority is investing in the future of Jewish people…. That’s the way we can ensure our gift will pay back into the future.”—Jim Heeger

Jim recalls the event soon after they were married where his father-in law publicly pledged three times Jim’s own yearly salary in support of local Jewish organizations. “It opened up whole new vistas of what I could aspire to. He has been a tremendous role model to me.”

In addition to her involvement with JFCS, Daryl has been fundamental in re-imagining Camp Newman, a Jewish youth camp set in the tall pines of Sonoma County. Now, through their Messinger/Heeger Legacy Fund for camp scholarships at JFCS, the couple will carry on the example young Daryl saw her father set. “Certainly the things we’ve done at Camp Newman had been informed by the changes he made to the camps on the East Coast.”

The fund will extend scholarships to many kids who are already a part of the JFCS family. Whether they have participated in a JFCS YouthFirst internship, JFCS Holocaust Center fellowship, or sought therapy through JFCS’ child development programs, young people who have financial need can further explore their heritage and their future in their community.

As Jim readies to take on the chairmanship of Camp Newman, he explains the profound impact of the fund they set up through JFCS. “Our number one priority is investing in the future of Jewish people, so we feel strongly that every Jewish child should have an opportunity to attend Jewish camp. That’s the way we can ensure our gift will pay back into the future.”