Rywka’s Diary: The Writings of a Jewish Girl from the Lodz Ghetto—first published by the JFCS Holocaust Center—has been awarded this year’s Historical Award by Polityka, Poland’s top newsmagazine.

The handwritten diary—miraculously discovered intact amidst the rubble at Auschwitz—is a moving account of the life and dreams of 14-year-old Polish girl Rywka Lipszyc. After more than 70 years in obscurity, the diary was finally published in 2014 and soon after became a worldwide success. The diary has gone on to be translated and published in 15 countries, including Poland. 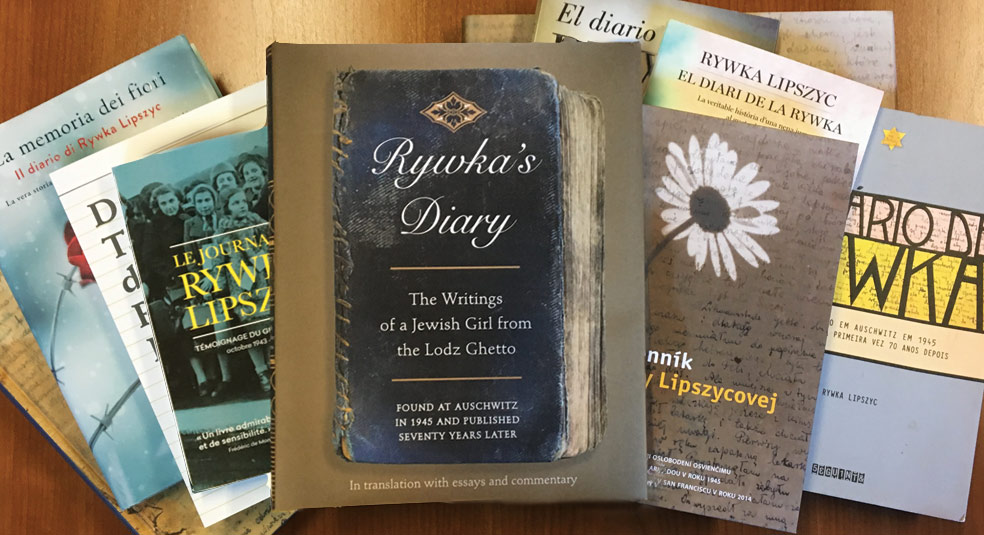 The award, initiated in 1959, is the oldest award in Poland for publications related to the country’s recent history, and works selected have typically become important parts of Polish historiography.

The eminent Holocaust and genocide historians on staff at the JFCS Holocaust Center are experts on Rywka’s Diary. Early on, realizing its power as an educational tool, the Center developed extensive curriculum for teachers who are now using Rywka’s own words in classrooms around the globe.

The Center has also created an interactive website to serve as a rich teaching resource, using Rywka’s story to address the larger themes of the history of the Holocaust and patterns of genocide.

“Since Rywka and I are around the same age I really connected with the diary and her story,” says Helen Heng, an 18-year-old high school senior from San Bruno.

Helen is one of nine Manovill Holocaust History Fellows at the Holocaust Center this academic year. Helen’s family is Cambodian and she says she came into the fellowship with a deep knowledge of the Cambodian genocide, but wanted to learn more about other genocides, including the Holocaust. During her year of study she has interviewed Holocaust survivors, is writing a thesis on the Guatemalan genocide, has conducted extensive research at the Tauber Holocaust Library, and has taught lessons about genocide to her classmates.

Helen adds, “The diary is an important tool for teaching because it is such a personal story that anyone can relate to. The way the journal ends mid-sentence, it speaks to how many stories during the Holocaust were lost.”

Thousands of other readers have also seen themselves reflected in Rywka’s compelling words and the Holocaust Center not only provides school-based curriculum to teachers, but works with faith based groups locally and to a growing worldwide audience so that the diary will continue to teach the lessons of the Holocaust to generations to come.

To donate to the JFCS Holocaust Center, please contact Barbara Farber at [email protected], 415-449-3858, or click here to give online.