As Sophocles surely knew, people often are able to absorb tragedy much more easily on a stage than in their own lives.

That’s the principle behind an upcoming performance at the Castro Theatre, where a New York-based theater collective will guide audiences to reflect on the ultimate drama we tend to avoid. After staged readings of scenes from two plays by the ancient Greek playwright, the ensemble will ask: Is death necessarily a tragedy? 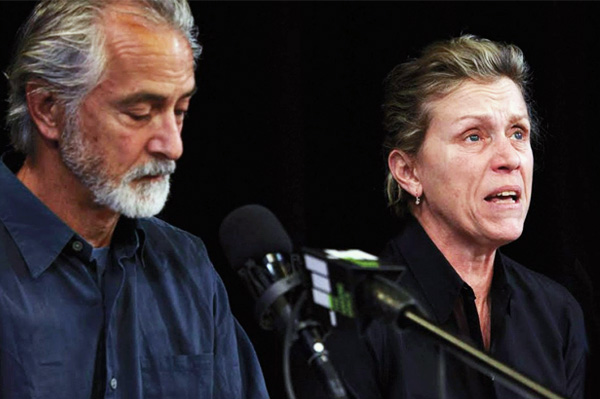 “I see it, rather, as a transition,” says Judith Redwing Keyssar, palliative care director at Jewish Family and Children’s Services, sponsor of “End of Life: A Theatrical Exploration of Death, Dying and Suffering.”

Award-winning actors Frances McDormand and David Strathairn will headline the April 19 ensemble performance along with artistic director Brian Doerries and company manager Marjolaine Goldsmith. The marquee event is part of “Reimagine End of Life,” an April 16-22 series of public events throughout San Francisco exploring how our society could better deal with this inescapable fact of life.