Yvonne z’l and Ernest Schneider wed in Homewood Terrace’s synagogue in 1951, surrounded by friends they made in the children’s home.

Ernest Schneider was six years old when his widowed mother, unable to make ends meet during the Great Depression, brought him to live at Homewood Terrace on San Francisco’s Ocean Avenue. The campus for children in need would become his cherished home, where he would make lifelong friends, deepen his connection with his family’s Jewish heritage, and even meet the love of his life.

Founded in 1872 as the Pacific Hebrew Orphan Asylum and Home Society and renamed in 1921, Homewood Terrace established the first cottage-type child care facility in the United States and was the national model for enlightened child care. In 1977, the nonprofit agency became part of Jewish Family and Children’s Services (JFCS).

Like many parents before and after her, Ernest’s mother relied on Homewood Terrace to educate, feed, and care for her child when she could not. The pain of separation for mother and son was assuaged by weekly Sunday visits, when they would catch up on each other’s lives.

Nine years after his arrival, Ernest’s mother was able to offer a stable home for her son. Ernest decided to stay at Homewood Terrace, however, recognizing that the education and skills he was gaining would give him a strong start in life. The adolescent also feared getting into trouble if left to his own devices while his mother worked.

In his late teens, Ernest fell in love with Yvonne (of blessed memory), who also was growing up at Homewood Terrace. In 1951, the couple was married in the campus’s synagogue. 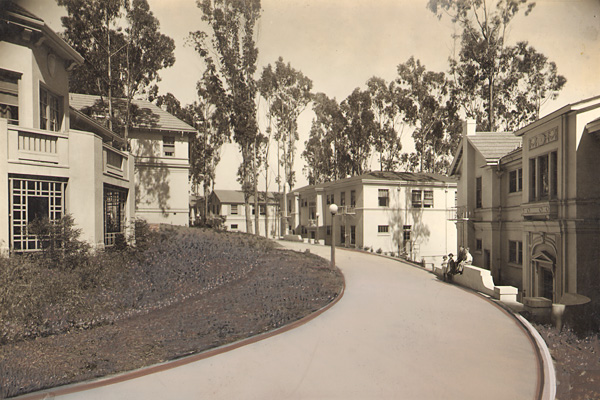 The newlyweds made their first home along San Francisco’s Great Highway, and Ernest worked his way through apprenticeships to become a unionized auto mechanic. Ernest and Yvonne had two sons and delighted in offering them opportunities they had missed as children, such as yearly trips to Disneyland. They also gave back to help other Homewood Terrace children.

Having grown up as part of a vibrant Jewish community in the children’s home, Yvonne and Ernest made it a priority to maintain these ties. Following their move to the Peninsula, the family joined Peninsula Sinai Congregation, where Ernest served as an officer and each son celebrated becoming a bar mitzvah.

Today, the 92-year-old great-grandfather treasures visits with his family, which has grown to include four grandchildren, their partners, and six great-grandchildren.

Throughout his long life, Ernest has remained part of our JFCS family. To perpetuate his and Yvonne’s enduring compassion for children who face hardship and family crisis, Ernest has decided to leave a legacy gift to establish a Named Endowment Fund supporting scholarships for Jewish children in need. In the future, this fund will continue Ernest and Yvonne’s heartfelt dedication to helping the next generation.