May her memory be for a blessing.

Brooklyn-born and Vassar-educated nonagenarian Judy Moss believes that, in many ways, she has always been “a woman ahead of her time.”  Over the course of her career she was a pioneer in the male-dominated computer information systems realm.  Each time she left one place of employment, which included stints at Port of New York Authority, Revlon, and General Electric, she was offered a more advanced position at the next.  She came to California because Lockheed encouraged her to leave New York. 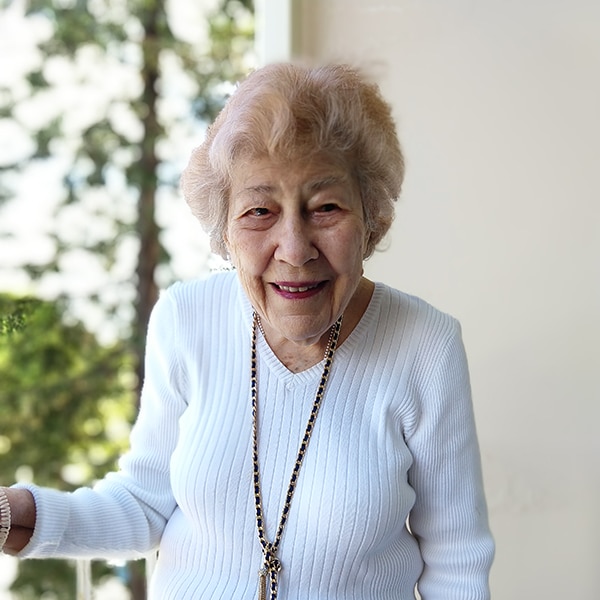 To fill in some spare time Judy decided to enter the political arena, becoming one of 18 candidates, including two other women, for the Mountain View City Council.  Although she was unsuccessful she caught the “political bug” and ran two years later, again losing but building up a following.  When she ran again two years later she came “flying in” and subsequently was elected mayor, the first woman to be so recognized by the city.

Judy left Lockheed for a new career in educational administration and retired as interim vice-chancellor after being elected to the Foothill-DeAnza Community College Board.  She continued an active life of community volunteerism, including a term as president of the Palo Alto Jewish Community Center.  She then retired again and moved into a Palo Alto retirement community where she served as president of its Resident Association.

Already a contributor to JFCS, when she moved from her apartment in Mountain View to her new home in Palo Alto, she donated many of her household furnishings to our agency to be passed on to a newly arrived emigre family.  It should come as no surprise that this fiscally savvy woman not only invested in a Charitable Gift Annuity that provides her with quarterly income payments but was also among JFCS’ first donors to take advantage of a change in the 2006 tax code.  With her initial tax-free distribution from her IRA, she established the Judith Moss Endowment Fund, which annually supports an internship for a teen in JFCS’ YouthFirst program.

“I was a pioneer in the then-new field of computers and systems analysis and learned that ability and confidence were both necessary.  My endowment fund is to offer young people a chance to advance their skills without worrying about meeting their expenses.”