Home » News & Impact » Programs and Services » Holocaust Center » Holocaust survivors are dwindling, but their children are just getting started

Holocaust survivors are dwindling, but their children are just getting started

The generation of Holocaust survivors may be passing, but thanks to a just-launched initiative in San Francisco, their testimonies will live on through their children and grandchildren. 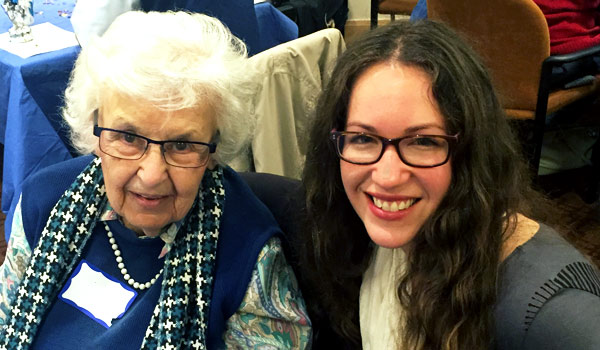 Called the Next Generation Speakers Bureau, the initiative is the brainchild of Morgan Blum Schneider, director of Jewish Family and Children Services’ Holocaust Center. The bureau is designed to address the challenge of Holocaust education when the last of the survivors are gone.

“We want to ensure that the Holocaust remains a story of faces, not just a history of numbers,” said Alexis Herr, the Holocaust Center’s new associate director, who was hired with the specific task of leading the NGSB effort.