In the midst of the pandemic, Dr. Carl Grunfeld, member of the JFCS Board of Directors, reached out the JFCS Holocaust Center to donate an important piece of his family history. 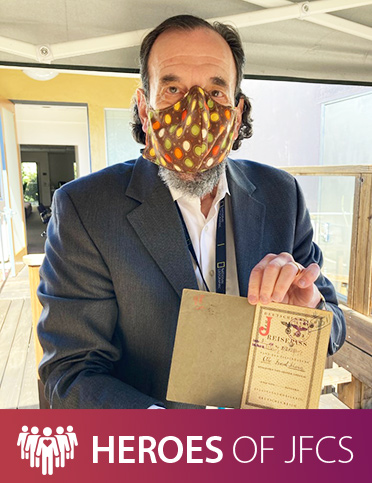 The passport belonged to Otto Schwarz, Carl’s uncle, who was born in Viersen, Germany in 1904. When Kristallnacht unfolded, Otto raced home and jumped over a wall to escape the Nazis. Days later, he returned to look at the wall and realized he could not jump high enough to even get his hands on the top. As Carl recalls, Otto “spent the rest of his life wondering how he got over that wall.”

Carl and his brother were like children to Uncle Otto and Aunt Helene. “Otto was one of the warmest men I knew,” says Carl. Otto’s passport, stamped with a “J,” now resides in the JFCS Holocaust Center’s Tauber Archives. 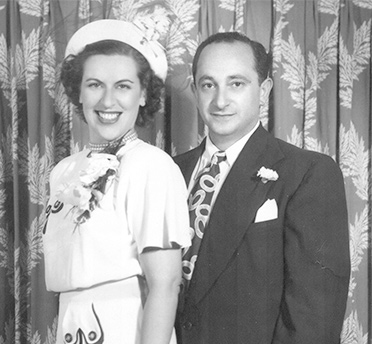 Through his donation, Carl has not only ensured his family history will be preserved, he has made an important contribution to the future of Holocaust education. The passport will be used as a resource for teaching at the JFCS Holocaust Center, where every year over 25,000 students and teachers are inspired to stand up against antisemitism and hate.

Home to over 13,000 volumes and over 2,000 oral histories, the Tauber Holocaust Library & Archives is an important gateway to history and current events for students, educators, and academics from all over the world. Because of heroes like Carl, the library will continue to be a resource for our community for generations to come.