Bernie Katzmann and Roland Trego: Keeping JFCS at the Forefront

Raised in Johannesburg, South Africa by European-Jewish immigrant parents who sent him to Hebrew School, Bernie Katzmann to this day keeps a kosher home with his partner of 32 years, Roland Trego.

His father migrated from Germany to South Africa in 1937; his mother came from Latvia.  Growing up, Bernie learned the importance of philanthropy from his parents who gave to two local senior homes. 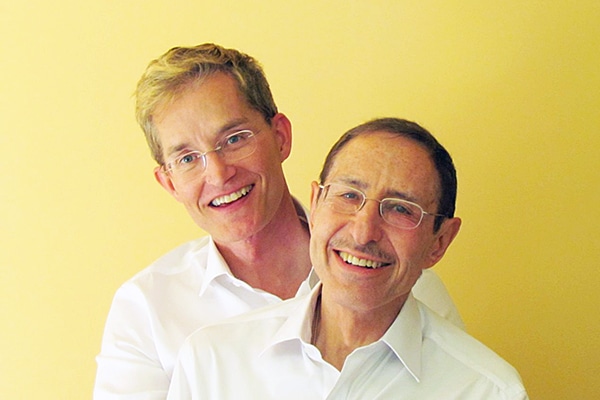 After Bernie attended medical school, he immigrated to the United States and did his residency at Boston University. He moved to San Francisco in 1981 to practice medicine and saw how JFCS was at the forefront of helping clients with HIV.

Bernie eventually transitioned to a career in real estate in 1988.  He also met Roland (the two were married at City Hall in 2013 by their friend, then-Supervisor Scott Wiener) and kept apprised of JFCS’ progress.  “I really liked the broad work JFCS was doing not only for the Jewish community but for the community at large, too,” he explained.

Bernie and Roland have decided on a generous bequest to JFCS.  They also opened a Donor Advised Fund. Thanks to their contributions, JFCS is better able to stay at the forefront of providing community services.