Norman Schlossberg attributes his success in the insurance industry to his empathetic ear for people in crisis.  He was no stranger to the devastating effects of illness on a family. “I have seen a lot of life people shouldn’t see,” says Norm of his Brooklyn childhood.  His older sister developed diabetes at 12 and died prematurely—at 47. Norm’s mother died of a stroke at 38, six months after his bar mitzvah. 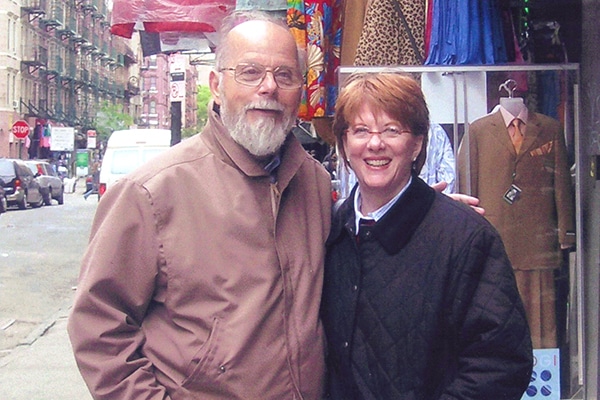 One of the bright spots for Norm during these times of loss was summer camp.  When Norm and his wife, Adrienne, decided to create a Named Fund at JFCS, they embraced the idea of supporting campership funds for at-risk youth who might not otherwise have the opportunity for a carefree childhood experience.  Established in 2005, the Norman and Adrienne Schlossberg Fund for camperships for at-risk youth has been a personally meaningful vehicle for giving for the Schlossbergs, who will further endow their Fund by including JFCS in their estate plans.

From his vantage point as a now-retired insurance professional, Norm draws similarities between the support he offered clients through insurance policies and the relief JFCS provides:  “JFCS has done a tremendous job of responding to the needs of the community on a day-to-day basis,” he says. “You provide actual services to people who need them.”