Over recent months, JFCS has been working closely with key policymakers and community partners to advocate for critical action to combat hate in California. This month, a historic budget deal was signed—thanks to the leadership of the Jewish Legislative Caucus, led by Assemblymember Jesse Gabriel and State Senator Scott Wiener; the active support of Assembly Budget Chair Phil Ting, State Senator Henry Stern, the Senate Budget Committee, and the California Legislature; and the crucial support of Governor Gavin Newsom.

The budget includes a $1 million grant for capital improvements and renovations to the JFCS Holocaust Center’s Tauber Archives and Library. The funding will allow for a range of upgrades to ensure the preservation of the irreplaceable collection and the vital role it plays in teaching the lessons of the Holocaust and other genocides.

The JFCS Holocaust Center is grateful to the many private donors who, now in collaboration with the State, are helping to move this important initiative forward.

The Never Again Education Act of 2021

JFCS has also been instrumental in an exciting effort to craft and advocate for the Never Again Education Act of 2021 (SB 693), under the leadership and close partnership of the bill’s author, State Senator Henry Stern, the Jewish Legislative Caucus, and Jewish community partners.

The legislation will establish a Governor’s Council on Genocide and Holocaust Education to elevate the importance of educational efforts in this area and the imperative of empowering young people to stand up against all forms of hate and discrimination. The Council will work to identify best practices and expand resources to improve and increase Holocaust and genocide education across the state.

Speaking in support of the bill, State Superintendent of Public Instruction Tony Thurmond said, “SB 693 will build the necessary infrastructure to provide the trainings and to hold the courageous conversations. What we need to realize is that there is an interconnectivity that we all experience and that, with the right information and tools, we can and we must address hate wherever and whenever it occurs.”

The Key to Fighting Antisemitism

JFCS Executive Director, Dr. Anita Friedman, along with Morgan Blum Schneider, Director of the JFCS Holocaust Center, took part in crucial conversations with legislative leaders and State Superintendent Thurmond last month, advocating for SB 693 and outlining the urgent need to elevate the quality of Holocaust and genocide education across our state. 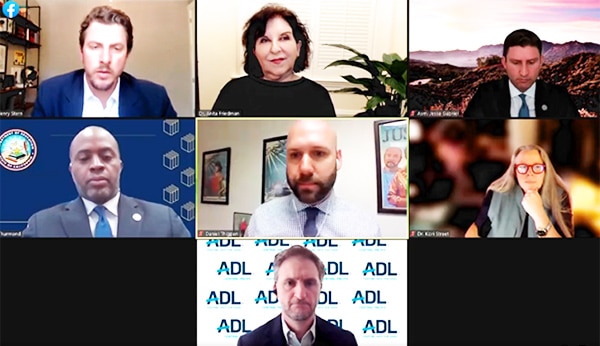 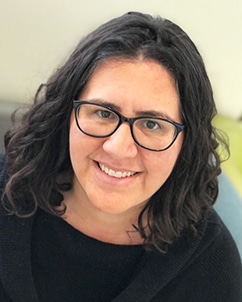 “Lessons from the Holocaust inspire empathy, moral courage, and social responsibility,” Morgan says. “Statewide recognition by our civic leaders and support of this work is critical to addressing the surge in antisemitism and making systemic change in our society.”

The active involvement of JFCS volunteer advocates, leadership, and our Public Issues Committees and staff is critical to the success of such public policy initiatives. As always, we thank our incredible community for the wonderful partnership and for all of your efforts and support!

Stay up to date on JFCS’ Advocacy and Public Policy Work. Sign up to receive our monthly Advocacy Alerts here >

The JFCS Holocaust Center educates over 25,000 students and teachers in over 350 schools each year. Learn more here >