Like many children who had a parent who survived the Holocaust, Lydia Preisler Shorenstein felt an obligation to find a way to honor her father’s memories and experiences, as well as to educate others about the tragedy of the Holocaust so that history would not continue to repeat itself.

For Lydia the call to action came when she and her late husband, Doug Shorenstein, visited the United States Holocaust Memorial Museum in Washington D.C. along with her family, including Lydia’s parents, Simon and Etelka. 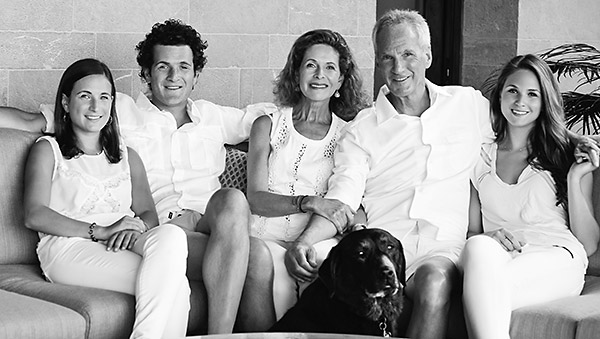 Simon Preisler was born in Fancsicovo, Czechoslovakia to an observant Jewish family. A survivor of Auschwitz, he met and married his wife, Etelka, and they settled in Germany after the war, where he had a successful career in business.

Lydia learned the value of giving back through her father, who was a leader of the Frankfurt Jewish community and a well-known philanthropist. His courage and wisdom served as a reminder of the strength of the human spirit in the face of hate and indifference.

Douglas Shorenstein’s father, Walter, was a successful real-estate developer who instilled in his children a deep commitment to civic causes. Following in his father’s footsteps, Doug assumed leadership of Shorenstein Properties and served on boards and committees of hospitals and universities. Doug succumbed to cancer last year after a courageous battle. His profound impact on the San Francisco skyline and on our community cannot be measured, but it will be lasting. 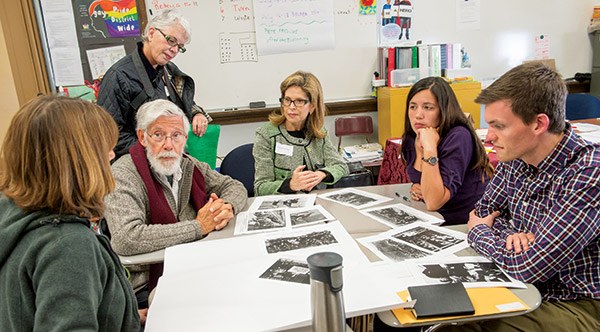 Lydia Shorenstein in conversation with teachers at the annual Day of Learning. Over 750 educators and students come each year.

Lydia and Doug founded the Preisler Shorenstein Institute providing Holocaust education to thousands of youth, and they created an endowment to permanently support it.

They saw an opportunity in partnering with the JFCS Holocaust Center, and Lydia joined the Center’s Council of Children of Survivors.

Susan Lowenberg, who serves with Lydia on the Council, has witnessed memory, which is very special to me to do,” says Lydia of her involvement with the program.

This year Lydia also supported The Children of Willesden Lane BAY AREA BIG READ presented by the JFCS Holocaust Center. With 7,000 students and educators participating, it was the largest Holocaust education initiative Northern California has ever seen.

The BIG READ called upon students to read a true account of a musical prodigy who was rescued from the Nazis through the Kindertransport—and culminated in four days of musical performances at the Herbst Theatre in San Francisco. Lydia’s support helped make this program a great success.