On May 12, two Holocaust survivors—Sonia Apfelbaum, 81, and David Diamond, 92—stood on the bimah at Peninsula Temple Beth El in San Mateo in front of family and friends. Their dreams of becoming a Bat and Bar Mitzvah had been lifelong in the making, and three years in the making for JFCS and a small army of local Israeli volunteers.

“Today is the happiest day in my life,” David said from the bimah. 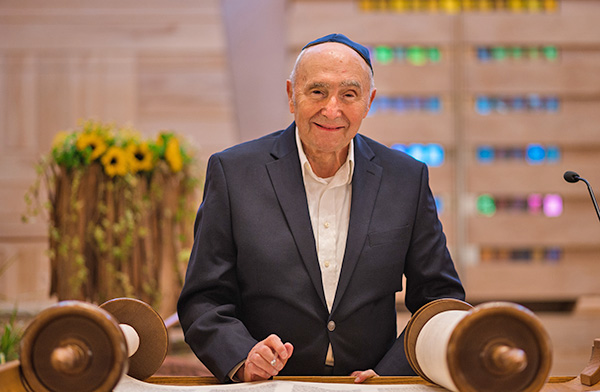 David and Sonia met through JFCS’ Café By the Bay program on the Peninsula, which brings survivors together weekly on Zoom to socialize, connect, and support one another. The program is run by Naama Lugasi, Director of JFCS’ Israeli Department, and when Naama learned of David and Sonia’s B’nai Mitzvah dreams, she and her volunteers immediately got to planning.

The volunteers brought the vision to life, supplying catering, music, flowers, photography, and rides. Rabbi Daniel Isaacson, JFCS’ Director of Spiritual Care, who has a longstanding relationship with Cafe by the Bay and its members, co-officiated the ceremony. As the community celebrated, all were reminded that it’s never too late to make a dream come true.

As Sonia says, “No matter how old you are, what aspirations you have in life, you should not let anybody stop you.” 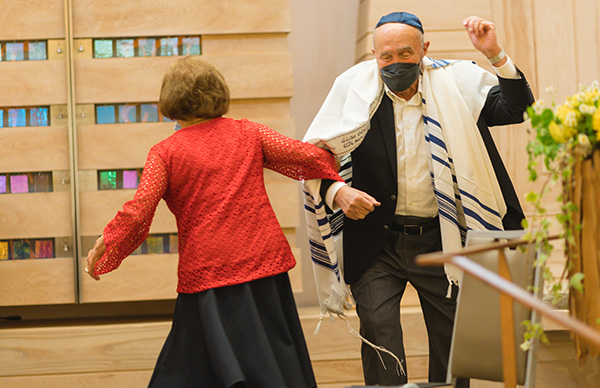 Sonia and David danced to celebrate this special moment in their lives. 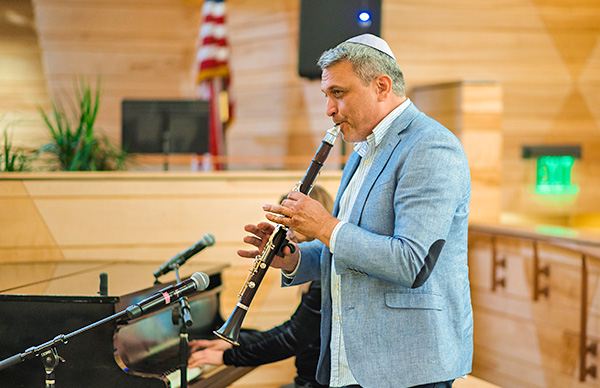 Volunteers Itzik Lerner and Avital Fighel shared their musical talent and were among the 30+ volunteers who brought the B’nai Mitzvah to life. 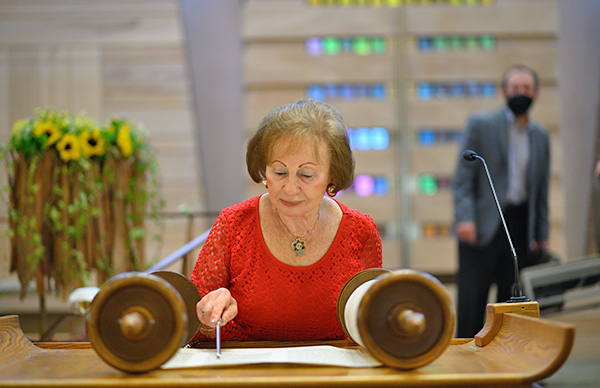 At age 81, Sonia achieved her dream of becoming a Bat Mitzvah.

Give to support services for Holocaust survivors >