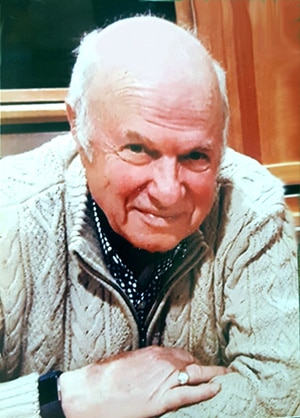 Jon Levinson is a pillar of our community. After attending U.C. Berkeley and serving in the Army, Jon met his future wife, Diane, while working for her cousin. The two were engaged a week after first meeting and have been happily married for 55 years. The couple settled in San Carlos and raised two sons and a daughter.

Jon is a devoted member of his synagogue, Beth Jacob, where he has been a member for over 50 years. It is through his synagogue that Jon was initially introduced to JFCS. A friend suggested he get involved with our organization because of his deep interest in giving back. He has been a dedicated committee member and tireless volunteer ever since.

A natural leader, Jon is also active in local San Mateo County government and serves on several San Carlos city and school committees, as well as the San Mateo Democratic Central Committee. He works extensively with AIPAC, advocating for strong U.S.-Israel relations, and attends their conference every year.

As the current chair of JFCS’ Peninsula Public Issues Committee, Jon has the opportunity to identify pressing local issues and actively collaborate with other leaders and organizations to find workable solutions, perfectly blending his interest in social service and civic engagement. JFCS is close to Jon’s heart because, as he says, “It is a force for good in my community, both the Jewish community and the community at large.”

It is Jon’s extensive network that make him such a valuable asset to our organization. With 15 years of service under his belt, Jon is the longest-serving volunteer with JFCS’ Chaplaincy program at Stanford Hospital. Through his political connections to the San Mateo Sheriff’s Department, Jon is currently working with JFCS’ Chaplaincy Director Bruce Feldstein on potentially adding a Jewish chaplain to the sheriff’s volunteer chaplaincy program.

The development of these relationships makes Jon’s ongoing work with our agency extremely meaningful for him and for JFCS. “There are so many good people active on the Peninsula, and I’m happy to use my political and government connections to deepen JFCS’ ties to the local community.”