JFCS is pleased to offer an inspiring educational experience to emerging Jewish leaders of the Bay Area through the JFCS New Leaders Fellowship. The seven-month Fellowship provides distinguished young adults a unique training in nonprofit governance through the lens of JFCS’ mission and expertise as a human service agency. JFCS Fellows grapple with critical issues facing the Jewish and wider community and dive into key tenets of nonprofit management, while building a collaborative community of peers. 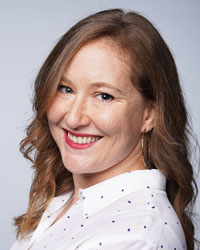 Morgan lives in Daly City with her husband and young daughter. Originally from Malibu, she has found a home in many cities―Portland, Tel Aviv, New York, Buffalo and, most recently, San Francisco. She is a long-time nonprofit professional, holds a Masters in Social Work, and began her career as a mental health counselor. She now works at Salesforce, helping to shape the company’s approach and understanding of its own Impact and Environmental, Social and Governance (ESG) contributions. She serves on the New Generations Board and Bay Area Regional Counsel of the New Israel Fund and is an active member of the American Evaluation Association. Her interests currently include music, yoga, her workout routine, becoming a better cook and eating delicious things.

Raf grew up in Johannesburg, South Africa. He and his wife, Clara Brenner, have lived in the Bay Area since 2011 and have a young son. Raf is a lay leader at Congregation Beth Sholom, a conservative congregation, in San Francisco. He is currently a Policy Lead at Google working to make the platform safer and more trustworthy. Prior to Google, he headed expansion for the Bay Area bike share system, BayWheels, and is proud to have delivered an affordable, sustainable, and regional mobility option to the Bay Area. He holds an MA from Stanford University and a BA from the University of Pennsylvania. 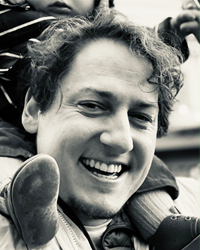 Tyler is a father, artist, and product designer. Starting in Oregon, he’s learned from living in all four corners of the country before settling in San Francisco. His abstract drawings can be found at Gallery, and he is a 2022 “Hearts in San Francisco” artist. He maintains a t-shirt shop that examines the “Aesthetics of Fame,” and designs an enamel pin for limited release each year. Tyler is also a Project Design Manager at Apple. He enjoys new perspectives, and places that have water views. 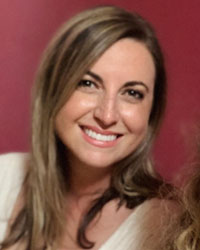 Hilary grew up in the Bay Area and has been living in San Francisco for the past 8 years. Passionate about education and community, she works for San Francisco Unified School District as a 3rd grade teacher. After attending the University of Washington and working in digital advertising, she pivoted to get her Masters of Education degree and pursued teaching. She serves on the Board at Congregation Beth Sholom and is active with their young professional programming—Young(ish). In her free time, she enjoys travel, yoga, and spending time with her dog. 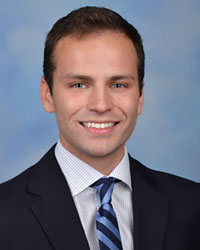 Jason currently lives in San Francisco, CA and has been working for Meta, Inc. since 2020 as a Business Operations Lead. Before Meta, Jason was a Data Analyst for Polen Capital in Boca Raton, FL and he graduated from Northwestern University, majoring in economics. Aside from work, Jason’s passions include running, biking, reading, and trying to help the local Bay Area community. 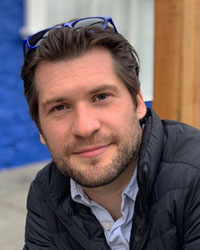 Timothy is an environmental consultant who currently lives in San Francisco, California. Following his graduation from Tufts University with a Master’s degree in international environmental policy in 2016, Timothy worked for the World Bank in Washington, DC and several non-profit organizations. His personal accomplishments include serving as a Peace Corps volunteer in Ukraine and running the Boston Marathon with his wife Kelly in 2015. He enjoys poetry, craft beer and wine, and playing music with his friends. 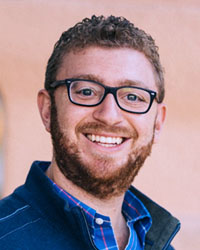 Brandon has been a Senior Customer Training Specialist at Gong since March 2020. His previous professional experience includes three years in healthcare and one year in retail. He is a very proud alumnus of USC where he earned a degree in Economics, played in the marching band, and holds an MBA from SJSU. He got married last May and lives in Castro Valley with his wife. He enjoys non-Bachelor reality dating shows, rom coms, running, hiking, smoking meats, and Peleton.

Eugene was born in Rostov-on-Don, a city located in the South of Russia. In 1992, at the age of 13, Eugene and his family immigrated to the United States and were resettled through JFCS of San Francisco. Upon completing an undergraduate degree at UC Davis, and graduate studies at the University of San Francisco, Eugene spent over two decades building out Customer Retention teams for software companies. He currently works as a consultant with KER Investments, a consulting firm that works with and invests in technology companies. Eugene lives in Walnut Creek with his wife and two children. 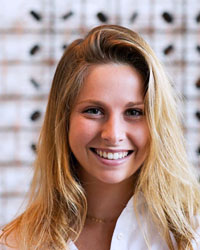 Becca works in People Operations at Google and is passionate about building community, something that led her to co-create Google Playground, an Alphabet-wide community for Early Career Googlers to help ease the transition into the workforce. She has lived in San Francisco for two and a half years and previously lived in Nashville where she studied Human & Organizational Development at Vanderbilt. Becca loves spending time outdoors with friends, swimming in large bodies of water, overpaying for workout classes, traveling to new places, eating great ice cream, and taking weekly trips across the bridge. 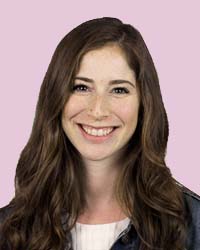 Jenn is a Seattle native who moved to the Bay Area in 2013. She spent 8 years in San Francisco and recently moved to Oakland. She holds a Bachelor of Science in Public Health from the University of Arizona. In her career, Jenn supports the operations and programming of Apple’s onsite medical clinics and is passionate about community health and wellness. Outside of work, Jenn enjoys exploring the trails of Oakland, tandem bicycling with her husband, reading, cooking and eating delicious food, jewelry making, and most of all, skiing. Her place is the mountains! 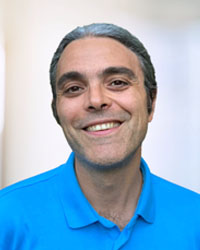 Leo is a DC native with French roots, he moved to Silicon Valley in 2019 when his wife started working for Google. For the past seven years, he has led Business Development at 70 Faces Media, a non-profit and the largest digital publisher of Jewish content in North America. Prior to working in the Jewish space, Leo worked for Bridgewater Associates, General Electric, NBC Universal, and Artinfo. He is currently on the Board of Directors of South Peninsula Hebrew Day School (SPHDS) and prays at Bar Yohai Sephardic Minyan—both in Sunnyvale. Leo is passionate about his daughters, as well as digital media, Jewish peoplehood, and cooking. 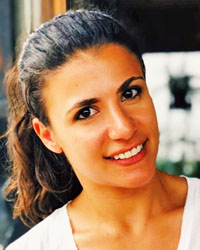 Mila was born in Kiev and immigrated to the Bay Area with her immediate and extended family in 1991. Growing up in Silicon Valley, she majored in finance but quickly took an interest in tech and transitioned her focus to marketing with roles at YouTube and Uber, and now product management at Chime, a growth stage fintech startup. Outside of work, Mila enjoys spending time outdoors, hiking or playing a round of golf, travel, and learning new skills. 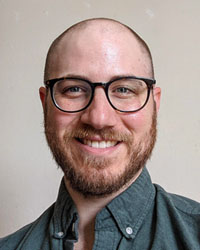 Josh is a Bay Area native, who works as a Product Manager at Liaison International, building tools that improve the student experience and increase retention rates across college campuses. Josh has a Political Science degree from Penn State University and spent a year teaching English in Israel after he graduated in 2012. Josh served for many years on the board of Contra Costa Midrasha. In his free time, Josh enjoys biking, exploring the outdoors, cooking, browsing local farmers markets, and playing ice hockey. 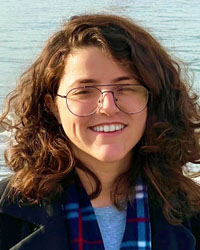 Emily was born and raised in the Bay Area, where she earned her B.S in Business and Decision Science. She currently works at Adult Coordinated Entry at ECS-SF, where she directly supports the city’s unhoused community, helping them obtain Permanent Supportive Housing. Emily is also passionate about her Jewish community—she currently serves on the board of Sha’ar Zahav, an LGBTQ synagogue in San Francisco, where she helps engage the young adult community, and assists on the COVID-19 re-opening task force. When she’s not working or volunteering, you can find her playing guitar, or exploring local SF restaurants with her wife, Carolina. 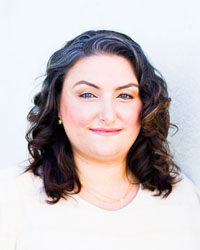 Yuliya is a natural-born storyteller and performer. After immigrating from a small town in the former Soviet Union she learned English by watching Star Trek the Next Generation. She’s tried her hand at everything from teaching intertidal ecology at the California Academy of Sciences, to mopping floors in her family’s Taqueria, earning an MBA, climbing the corporate ranks to Marketing Director, and staying home to raise her two daughters. She’s even performed standup comedy (Just once. Oy Vey!)  As a trained voice actor, she lends her voice to tell the stories of brands, organizations, and characters of all kinds (from real people to imaginary dragons!). 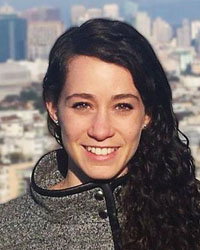 Nitzan was born in Israel and immigrated to the SF Bay Area in 2002 with her family. She earned a B.A. in economics from UC Santa Barbara and has been working in digital marketing for the last 10 years, focused on product development and marketing. She currently works in product marketing at Meta. Nitzan’s passions outside of work are hiking, rock climbing, art, and community service. 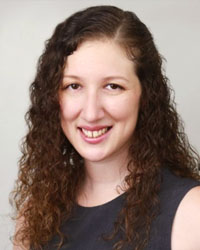 Alex is a fundraiser with a deep passion for local causes. She currently serves as Director of Development & Communications for Momentum for Health, one of Silicon Valley’s largest behavioral health service providers. Originally from Los Angeles, she has worked to build connections and raise funds for local and national nonprofits in both New York City and the Bay Area since 2008. She currently serves on the board of Congregation Kol Emeth in Palo Alto. Alex lives in Mountain View and enjoys playing board games, hiking, and baking pies in her spare time 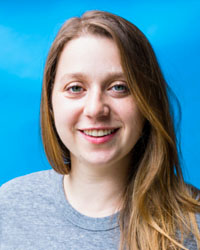 Ally moved to San Francisco in 2017 and lives with her husband in North Beach. She is currently a software Program Manager at YouTube working to help small content creators monetize faster. Originally from Atlanta, Ally earned a B.S. in Civil Engineering from Georgia Tech. She held previous roles in the transportation and data center industries before pivoting to software. Outside of work, Ally enjoys hiking through national parks, reading about San Francisco history, discovering new ways to cook potatoes, and learning Hindi on Duolingo. 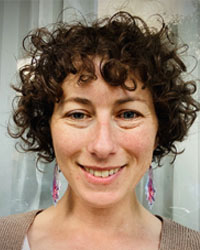 Susan is the Chief Client Officer at Knowledge Architecture, a software company serving the architecture and engineering industry. Her professional passion is researching how information moves within organizations and sharing those findings within her industry. Susan holds a Bachelor of Science in Engineering from Smith College and a Masters of Public Administration from the University of Southern California. Susan’s grandparents immigrated from Hungary in the 1920s and settled in Los Angeles, where Susan was born and raised. Susan now lives in Oakland with her wife and son. She enjoys quiet walks with trees, random acts of sewing, and deep dives on topics she didn’t explore in school. 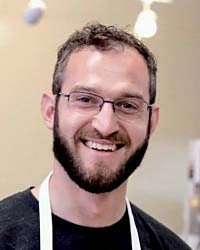 Sam lives in Oakland where he leads Grand Bakery with the mission to provide and celebrate classic Jewish comfort food. Raised in New York City, Sam earned a B.A. in Rhetoric from UC Berkeley and has made the East Bay home ever since. Sam held posts working in public education, restaurant kitchens, and community development between college and taking over Grand Bakery in 2017. Sam enjoys yoga, running, sauna, and wilderness backpacking.