JFCS is pleased to offer an inspiring educational experience to emerging Jewish leaders of the Bay Area through the JFCS New Leaders Fellowship. The nine-month Fellowship provides distinguished young adults a unique training in nonprofit governance through the lens of JFCS’ mission and expertise as a human service agency. JFCS Fellows grapple with critical issues facing the Jewish and wider community and dive into key tenets of nonprofit management, while building a collaborative community of peers.

The JFCS Fellowship Program will return in September 2021 when we can once again meet in person! In the meantime, to learn more about leadership opportunities at JFCS, please email [email protected] 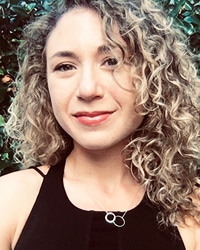 Annie Atura Bushnell received her PhD from Stanford University, where she is currently a Lecturer in the English department. Her research explores how American Jews have used feminism to renegotiate their relationship to whiteness in the postwar era. Annie has been recognized for excellence in teaching by the Program in Feminist, Gender, and Sexuality Studies and has also served as Assistant Director for the Taube Center for Jewish Studies. When she isn’t lecturing and organizing as a feminist, Annie teaches Pilates and yoga, cooks for crowds, and tries valiantly (and always in vain) to keep abreast of emails. 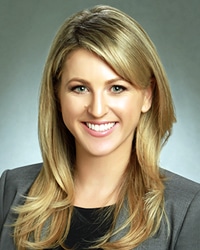 Rachel Balchum is a lawyer in the San Francisco office of Lewis Brisbois and a member of its Labor & Employment Practice. She recently relocated to the Bay Area from Los Angeles, where she was involved with Bet Tzedek’s Employment Rights Project and Elder Justice Program. There, Rachel provided free legal assistance to workers and seniors who would otherwise be denied access to the legal system. She also served on the Beverly Hills Bar Association, Barristers (Young Lawyers) Board of Governors, cofounding its Pro Bono Committee. Rachel received her JD from the McGeorge School of Law, and a BA from San Diego State University. She looks forward to doing more outreach in the Jewish and broader Bay Area community as a JFCS Fellow. 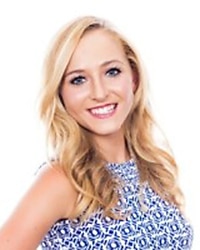 Bridget Blum is a Market Strategist at Salesforce with prior professional experience in strategy consulting, marketing analytics and consumer data sciences. She graduated Claremont McKenna College having designed an integrative curriculum in Neuroscience, Economics and Psychology.  She was an All American distance runner in college, won the half marathon representing the United States in the Israeli Maccabiah games, and now runs for a Bay Area elite women’s racing team. Bridget’s grandfather survived the Holocaust, inspiring her lifelong active engagement in service to the Jewish community. 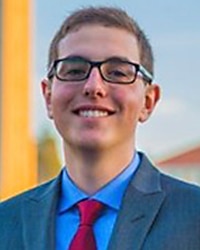 Glenn Borok works as a Strategy & Operations consultant for Deloitte Consulting. Raised in San Diego, he currently lives in the Mission District of San Francisco. Glenn holds a BS in Business Administration from the University of California, Berkeley. When not in the office, Glenn can frequently be found watching Cal sports (Go Bears!) or working on his upcoming novel. 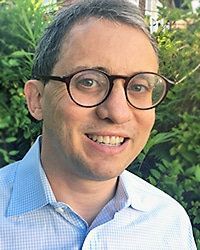 Dan Epstein was born and raised in the Bay Area, and has recently moved back after living for several years in New York City. A Managing Director at Bankers Capital International, a boutique investment bank, he has experience initiating and managing relationships with clients and investors, identifying transaction opportunities, and providing strategic and joint venture advisory services. Fluent in Spanish and Portuguese, he has worked and volunteered throughout the Americas. Dan received his MBA from Columbia Business School and his AB from Brown University. As a JFCS fellow, he looks forward to tackling issues facing the Jewish and broader communities in the Bay Area. 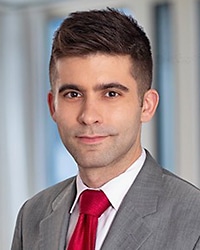 Ben Halbig is a senior associate in the San Francisco office of Arnold & Porter, where he focuses on complex commercial litigation and maintains an active pro bono practice. Before moving to San Francisco in 2017, Ben lived in Chicago where he served on the Board of Directors of the Jewish Council on Urban Affairs and on the Board of Directors for the Young Leadership Division of the Jewish United Fund of Metropolitan Chicago, including as a member of the JUF YLD executive committee. He received his J.D from the University of Michigan Law School and holds an A.B. in Near Eastern Languages & Civilizations from the University of Chicago. Ben lives with his dog Pete in Lower Pacific Heights. 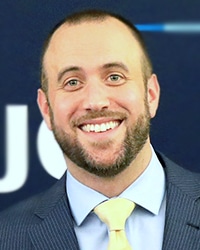 Eran Hazary is the Associate Director for AJC San Francisco, a 113-year-old Jewish diplomatic organization. Eran leads the San Francisco office’s legislative and diplomatic outreach and advocacy missions, AJC’s ACCESS young professionals program, and interfaith/inter-ethnic work, including its Muslim-Jewish and Latino-Jewish outreach. Prior to working for AJC, Eran was a District Representative for US Congressman Brad Sherman and State Senator Ben Allen. He also served on the Board of Directors of Democrats For Israel in Los Angeles. Eran graduated from UCLA, magna cum laude, with a Bachelor of Arts in Political Science with a concentration in American Government and International Relations. 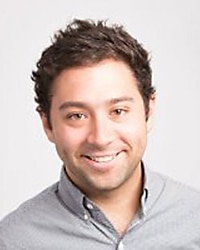 Sammy Icaza is a Solutions Architect at Optimizely, the world’s leading customer experience optimization platform. Prior to joining the team at Optimizely, he worked at Gigaom and 6sense as a Sales Executive. Born and raised in Panama, Sammy moved to the United States for college and graduated from Brandeis University with a BA in Philosophy and Health: Science, Society, and Policy. 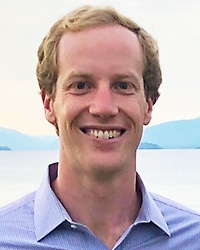 Michael Kremer is a Director on the Project Finance team at Cypress Creek Renewables, a utility-scale solar power developer. Outside of the office, Michael leads the baseball program at San Quentin State Prison, coaching the inmate team and bringing outside teams into the prison to play. A native of San Francisco, Michael graduated with a BA in International Relations from Tufts University. 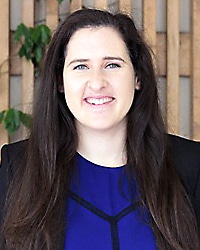 Rebecca Lerman is currently pursuing her doctorate degree in dental surgery at UCSF. She was born in France and moved to San Jose with her family when she was four years old. Rebecca has always had a passion for working with under-served communities, which led her to serve for AmeriCorps prior to dental school. Beyond this, she is also interested in mental health advocacy, education inequity, ending mass incarceration, and Holocaust education. As a JFCS Fellow, Rebecca looks forward to deepening her knowledge of the non-profit sector and learning from her impressive colleagues. 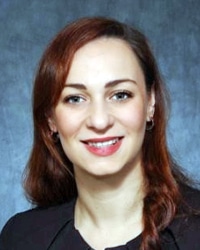 Marina Markovsky is a California licensed CPA with over 18 years of executive experience in Finance and Private Equity. Currently the CFO of Frontier Ventures, Marina’s previous experience includes serving as the SVP of Finance in various startups, as well as a fund manager and controller in private equity. Marina received her B.A. in Cognitive Science from UC Berkeley and her MBA from UCLA. She lives in San Francisco with her husband and two young sons. 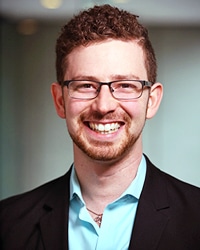 Alon Mazor is excited to be back in the Bay Area where he grew up in the Israeli South Bay community. He is coming from Washington, DC where he worked for J Street, the political home for pro-Israel, pro-peace Americans, for over seven years—most recently as Director of Operations. Alon recently accepted a new position at Salesforce.org on their Global Philanthropy and Engagement team. Now that he is back in the Bay where he grew up and home to his alma mater (UC Berkeley), he looks forward to reconnecting with the Bay Area Jewish community. Alon can often be found singing at the SF Gay Men’s Chorus rehearsal, dancing around studios at ODC in the Mission, or talking politics with his partner in Duboce Park. 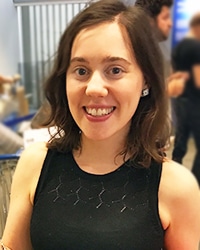 Alissa Merksamer is a high school history teacher at the Bentley School in Lafayette. Prior to teaching, Alissa was a food writer and copywriter. Her articles have appeared in the San Francisco Chronicle, Palo Alto Weekly, 7×7, and Westjet Magazine. Alissa still indulges in her appetite for great food. She and her husband, Robert Kaufman—a member of last year’s JFCS Fellowship Cohort—frequently try new restaurants around the Bay Area. A native of Sacramento, California, Alissa earned her B.A. from Claremont McKenna College and her M.A. from New York University. 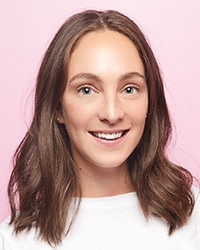 Hila Sachs, M.S grew up in Cape Town, South Africa, before immigrating to the United States. Currently, she is obtaining a Doctorate of Psychology from the PGSP-Stanford Psy.D. Consortium. Prior to arriving in the Bay, Hila attended the University of Miami, where she received her BA in Psychology and Business Administration. Her areas of interest include women’s issues and working with international survivors of human rights abuses. Hila is also passionate about increasing access to culturally sensitive, high quality mental health care. She comes to JFCS excited to expand her own Jewish community and looks forward to making a difference in the Bay Area community through purposeful outreach. 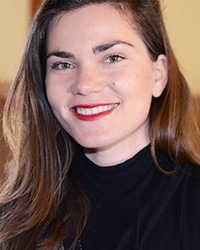 Oksana Shcherba is a Program Manager at the Golden Gate National Parks Conservancy. In her work, she explores how parks can be catalysts for social good, serving people in ways beyond conservation and recreation. Oksana graduated from the University of Southern California with a Master’s in Public Administration, where she gained her passion for public service as well as an interest in environmental policy. While at USC she worked with the City of Los Angeles Parks and Recreation Department, assessing green, open space needs in under-served areas of L.A. In addition to spending time in our Bay Area national parks, Oksana enjoys attempting—with occasional success—to recreate her grandmother’s Ukrainian recipes, and watching British dramas. 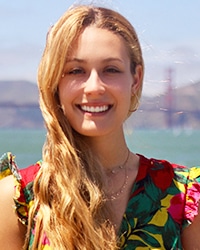 Sara Super is a recent transplant to San Francisco, who hires technical talent for Google by day. In her spare time, Sara is focused on civic engagement through her involvement with Jewish Women International and the JDC, by volunteering through JFCS with the Shupin Club, Rhoda Goldman Plaza, and Mercy Housing, and by hosting monthly Shabbat dinners. As a first-generation American, Sara strongly identifies as a global citizen and aims to build an inclusive Jewish community that extends internationally. Sara is energized by efforts focused on sustainability, hunger relief and food waste reduction, diversity and equity, and women’s rights. 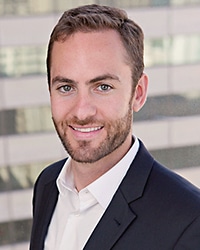 Mitch Waxman is a Bay Area native and works as a Private Wealth Advisor at Morgan Stanley. After starting his career as a consultant with Wipro, Mitch spent time at ThreadSuite, an early-stage apparel startup, before joining Morgan Stanley’s Fixed Income division. Mitch currently serves on the Jumpstart Young Professionals Board, an organization dedicated to early education preparedness. Mitch received his B.A. from Colgate University in Sociology, Writing, and Rhetoric, and his MBA from Northwestern University. 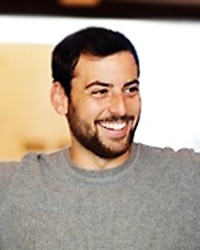 Simon Wenet is a Senior Product Manager at Cisco Systems working in Cloud and Network Security. He graduated from the University of Michigan’s Gerald Ford School of Public Policy before moving to Tel Aviv to raise capital for early-stage Israeli startups. Since moving to the Bay Area in 2014, Simon has spent time in leadership roles with local and global foundations such as Brothers for Life—a support organization for wounded Israeli combat soldiers—as well as MS Society’s BikeMS—a fundraising effort in the fight against Multiple Sclerosis. Simon also works towards developing Jewish community engagement through a monthly Shabbat discussion series focused on initiating civic action.